The Most Common Application For Strong Neodymium Magnets 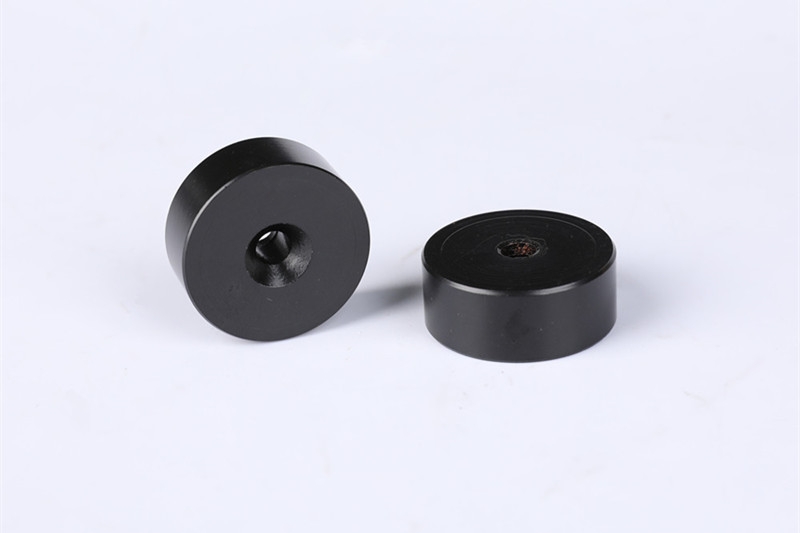 Unlike biology which gives us definitions of subgroups like genus and species, manufacturing terms and descriptions are rarely so straightforward. Because Strong Neodymium Magnets are so widely used in so many applications, buying them would start with what your magnet is doing. Here are the basic categories of Magnets:

Industrial Lift Magnets: These are used for material handling in a manufacturing or production environment. There are two sub types. Both are “switched” so the magnet can be made inert. Electromagnetic lift magnets require a source of electricity. These magnets can be made very strong to lift very heavy loads. If, however, the electricity goes away so does the magnetic attraction and the load heads toward the floor. More commonly used is a pair of magnets inside a casing with a mechanical lever to reverse the Polarity of two magnets inside. These magnets are in widespread use in many Industries. They are rated by load capacity in Kilograms and pounds. They are typically made to hold three times the rating.

Industrial Sweeping and Tank Magnets: Machine Shops and metal fabricators generate metal “chips” which if they do not imbed themselves in a dirty floor are best picked up with a magnet. Industrial platers and coaters use magnets on the end of a hoist to pick up small metal parts lost in the tanks.

Pot Magnets: Pot magnets are the attaching of a magnet inside a steel cover. The steel cover then becomes the attaching point for things like hooks, studs, fasteners, and clips. These are used in households, office settings, manufacturing. Basically, they work anywhere you want to hang or attach something lightweight to metal.

Permanent Magnets: A permanent magnet means just that. It will retain its magnetic characteristics unless it is exposed to extreme temperature.

Electro Magnets: A magnet that is inert until an electrical charge is applied using a coil around a steel or Iron core. These can be made very powerful and can lift a train off the tracks or pick or launch and airplane off the deck of a carrier.

Temporary Magnet: Becomes magnetic when in the presence of a magnetic field. Rub a paper clip on a magnet and for a short period of time it will retain the magnetic property, albeit very weakly.

Motor Magnets: Typical in the shape of an arc or radius depending on the size of the motor. These can be tiny or gigantic, but every motor has them and there’s a lot of motors out there. Motor magnets are far and away the most common application for magnets in terms of percentage of magnets used at 35% of all magnets made.

Catches, Latches, and Clasps: Plastic encased magnetic latches and catches are used in furniture, cabinets and appliances universally. They are typically “light duty” magnets made to be strong enough to hold a small door closed but light enough to pull open by hand. They are made by the billions to standard sizes and strengths. Less than 10% of all magnets made are in these application

Electronics: This is the largest and most varied category. Every electronic device uses magnetic energy. DVD players, Televisions, X ray machines, Switches, Relays, Solenoids, Sensors, Cell Phones, Wave Guides, and on and on. To say the world operates on magnets would not be far from the truth.

Heavy Duty Magnets: Just about any magnet that lifts a load heavier than a human can is considered heavy duty.

Light duty Magnets: Think small, any magnet a human can manipulate easily would be light duty.

Rare Earth Magnets: Todays lightweight and powerful magnets exist because some minerals can be magnetized to a greater degree than steel or Iron alone. This can further improve by combining some of them. The development of these magnets included the process by which they are made, which was patented. Most rare earth magnets have been produced only under license to these patents. Rare Earth Minerals are just that. Unlike coal there are small deposits spread around the planet with most in Asia. The rare Earth Magnets are:

Neo: Made from Neodymium, Iron and Boron. Neodymium is a mineral used both in lasers and magnets. By far the most common of all the rare earth magnets.

Ceramic Ferrite: The ceramic component resists corrosion so this Ndfeb Magnet Price does not require extra coating. A tradeoff between power and cost.

Processing
Voice note recorded successfully
Record
Recording 00:00
Commenting has been turned off for this post.
Sponsored
Categories
Read More
Games
Charming Girl in Karachi
Searching for Escorts near me,  Charming Girl in Karachi   take your first step at...
By Bilalkhan Bilalkhan 2022-04-07 09:36:45 0 2
Games
How players adapt to Mount Hyjal and the Dark Temple in WOW TBC Classic
Adapting to dungeons and raids is a key part in WOW TBC Classic Phase 3, two massive new raids...
By Anne Smith 2022-01-30 05:46:14 0 24
Other
busbar plug
Busbar Plug High-quality Electric Busbar Plug Nylon Plug Installation on Busduct ...
By Shen Shen 2021-09-08 06:04:10 0 105
Other
Teach you how to choose a suitable kitchen scale?
With the advancement of science and technology in modern life and people’s growing love for...
By Zheng Tai 2020-09-23 02:07:10 0 222
Health
Protein Purification and Isolation Market 2021: Size, Share, Analysis, Industry Growth and Forecast 2026
According to the latest report by IMARC Group, titled “Protein Purification and...
By Mini Rana 2021-10-14 08:16:56 0 176
Sponsored
Watch Hundreds of Feature Length Films and Episodes, free and legally! No shadow bans, no search bans, Marketplaces, Classifieds, Forums, Games, Blogs and walls. All with no resale of your Data. Privacy First, Freedom First, Tolerance First, Adult Worker Safe! Snipesocial, sign up today!